Collie Eye Anomaly (CEA) is an inherited disorder characterized by abnormalities in the development of the dog's eyes. As the name suggests, it is typical of collies (long-haired and short-haired) and other related breeds: Shelties, Border Collies, Australian Shepherds, as well as Lancashire Healers, Long-haired Whippets and Scottish Retrievers. The disease is most widespread among collies and shelties.

Inheritance is autosomal recessive. The manifestation of CEA can vary in severity depending on the individual characteristics of the dog. In a mild form, the disease is characterized by minor visual impairment, while the dog is able to see. In more severe cases, the defects can lead to complete blindness. 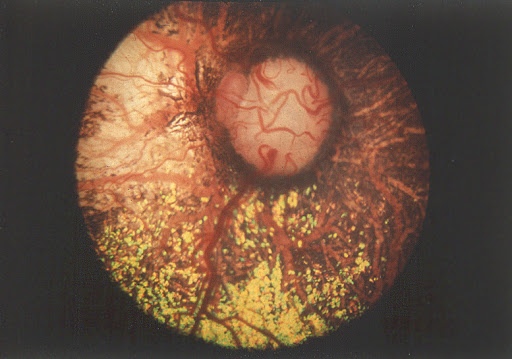 The main changes include: Choroidal hypoplasia - a violation of the development of the choroid (choroid), a thin layer of tissue containing blood vessels and providing nutrition to the retina; Coloboma - a slit-like defect of the optic disc or adjacent areas; Staphiloma - thinning of the area of ​​the sclera adjacent to the choroid; Retinal detachment (sometimes accompanied by hemorrhage) is a complication caused by the above disorders. 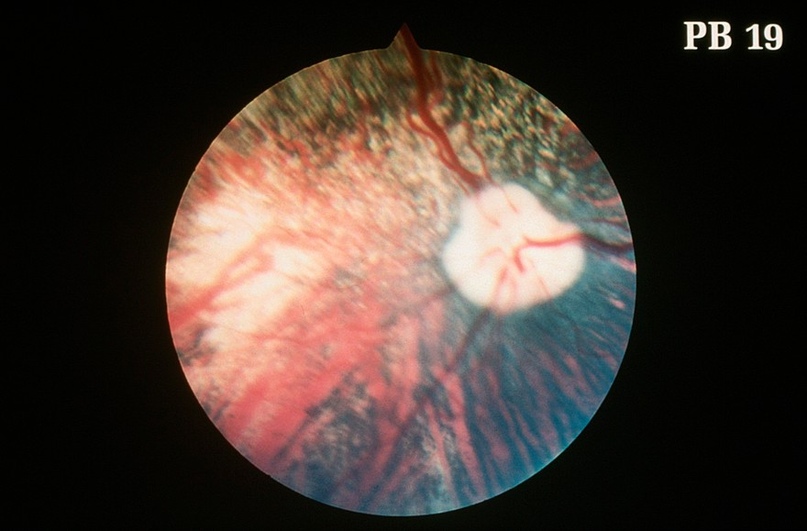 Choroidal hypoplasia (CH) is the mildest manifestation of CEA, and in the absence of other abnormalities, the dog's vision is least affected. Approximately 70% of affected dogs have mild CEA. In about a quarter of dogs with CEA, colobomas or staphylomas are found in addition to CG. The most serious defect is retinal detachment (approximately 7% of affected dogs); complete detachment of the retina leads to blindness. It is interesting to note that there are cases of the so-called "restoration of the norm". At the same time, a puppy at the age of 5-7 weeks has minor anomalies in the development of the choroid (CG), but in the course of further formation of the eye, they are masked and become invisible even for a specialist.

The danger is that these apparently healthy-looking dogs could be mistakenly allowed to breed. However, genetically they remain sick, which means they will pass on the defect to their offspring. In addition, it should be emphasized that not all visual impairments in collies are associated with CEA. There are several independent diseases, both hereditary (retinal atrophy, cataract, Merle syndrome, etc.) and non-hereditary nature, which may have more or less similar manifestations. 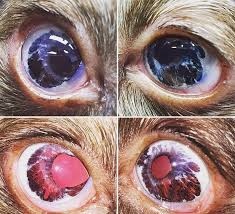 Diagnostics - examination by an ophthalmologist and DNA test. To identify sick dogs, a veterinary ophthalmologist examines the eyes of puppies at the age of 3-7 weeks. With this type of diagnosis, it is especially important to observe the puppies during this period, since with a later study, there is a possibility of missing sick dogs in the event of "restoration of the norm". Subsequently, it is recommended to be examined by a specialist at least once a year. Since the disease is of a genetic nature, for the diagnosis of sick dogs, as well as the determination of genetic carriage, a DNA test was developed, available for the above dog breeds and different forms of CEA. DNA test gives 100% reliable results.

The advantage of genetic testing is the ability to identify dogs whose vision is intact, but which are carriers of the disease (heterozygotes), which means they can pass the defect to their offspring. In addition, the reliability of the test results does not depend on the age of the dogs. Testing can be done at any age, for both puppies and adult dogs. This makes it possible to exclude errors in the diagnosis of CEA in cases with minimal external manifestations of the disease or in the "restoration of the norm." The DNA test is based on the use of the latest molecular genetic achievements and technologies. It allows you to distinguish with 100% certainty healthy dogs from clinically normal dogs that are carriers, and from sick dogs, including those in which symptoms are invisible.


Representative office in the Republic of Belarus